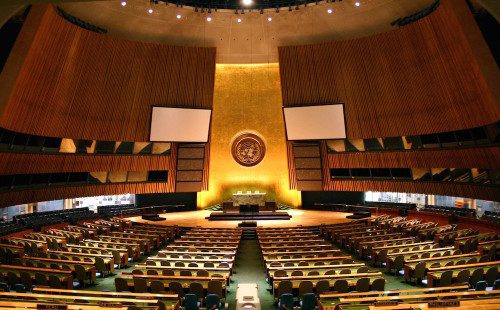 The UN and ISF

ISF engages with and promotes the mission and objectives of the United Nations by sharing insights on the prominent and indigenous world faith tradition of Shinto, as well as the insights from interreligious cooperation and human rights, which have become a core of its work.

A representative of ISF has participated in key fora of the United Nations since the inception of the Foundation as an accredited NGO.

In 1996, ISF was recognized as a Non-Governmental Organization (NGO) by the United Nations’ Department of Public Information. In 2001, it was recognized as an NGO with high-level special consultative status by the UN Economic and Social Council, as such it works to advance the mission of the United Nations, as well as make recommendations on a variety of international questions appropriate to ISF’s expertise.