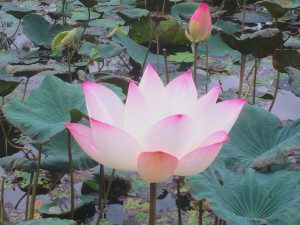 What is Shinto? | Flowering lotus blossom

Historically, ISF has supported the study of Shintoism and Japanese culture at leading universities. Today, ISF is a leading proponent of interreligious cooperation. This includes the continued fostering of Shinto values and perspectives, given their contributions to peace.

ISF accomplishes its mission by supporting:

We live in a pluralistic religious world.   Modern realities of migration, transportation, communication, globalization, education and intermarriage – among other things – have brought us increasingly closer to “the other.” However, this “closeness” can highlight differences, make for cognitive dissonance, and even create tension.

“Interreligious cooperation,” or “interfaith” as it is often simply called, recognizes the common shared values of faith traditions and works to advance a world in which people of faith and goodwill can live together in harmony. Interreligious cooperation is dialogue, education, action, and advocacy that strengthens the capacity of distinct faiths and people to live in harmony.